Here is Dr. Skousen’s list of commitments for those who claim to be Constitutional Candidates.

1. Be willing to fight inflation on every front in every possible way.
2. Demand that the Government live within its means and balance the budget.
3. Resist the creation of any new bureaus.
4. Insist on the phasing out of all bureaus which would not have been considered Constitutional prior to the Butler case in 1936.
5. Outlaw fractional banking.
6. legislation that defines marriage as between a man and woman, as outlined in the Bible.
7. Support Constitutional conventions when states request them.
8. Support legislation that protects the rights of the communities to establish their own standards of morality and prevent the vices.
9. Demand that the public lands which were unconstitutionally withheld by the federal government from the Western States and Alaska, be returned to those States.
10. Pass the Liberty Amendment which would abolish the income tax, the inheritance tax, and the gift tax. (If the government returned to its Constitutional responsibilities, none of these taxes would be needed.) To read a complete copy of the Liberty Amendment, see the Appendix.
11. Phase out all regulatory agencies not specifically authorized by the Constitution.
12. Eliminate a National Department of Education.
13. Phase out the federal financing of public schools within the states
14. Phase out the federal financing and control of the American farmer and the American farms.
15. Discontinue support of the United Nations and invite it to transfer its headquarters to Europe
16. Pass the Judicial Reform Act
17. Eliminate the words “General Welfare” from Article I, Section 8
18. Clarify the 14th Amendment
19. Repeal the 17th Amendment
20. Repeal the 25th Amendment.
21. Outlaw all executive orders which extend their regulatory beyond the federal executive departments of government.
22. Outlaw all rulings of administrative agencies not specifically approved by an Act of Congress
23. Eliminate the seniority rules in Congress.
24. Make it a federal violation for any member, of the Executive Department to use intimidating tactics to extort favorable votes from Congressmen or Senators.
25. Remove the tax-exempt status of any foundation which uses its funds for non-charitable purposes or spends its funds for projects outside the United States that doesn’t affect U.S. citizens.
26. Phase out the Foreign Aid program.
27. Prohibit the president or any officials of the government from interfering in the domestic affairs of other nations.
28. Gradually restore the separation of powers as defined by the Founders in Federalist Paper No. 45 (Mentor ed. pp 292-3)
29. Restore the Interstate Commerce Clause to its original meaning of interstate transportation and eliminate all jurisdiction over production and sale of goods or matters that affect interstate commerce merely by indirect means.
30. Restore the American dollar to a fixed value based on gold and silver.
31. Have the Federal Government purchase all of the Federal Reserve stock as provided in the original act and set up a national bank with branches in each of the States, all profits going to the State where the service was rendered.
32. Bass all trade with Communist or hostile nations on payments in gold or an exchange of such things as oil for U. S. grain. For example, “A bushel of wheat for a barrel of oil
33. Enforce the immigration law with reasonable strictness.
34. Work for a phase-by-phase common market relationship with Canada, Mexico, and eventually Latin America
35. Restore the production of energy to the competitive free market.
36. Phase out military alliances with other nations, while encouraging cordial economic relations with all peace-loving nations.
37. Adopt the policy of restoring the Constitution to the original intent of the founders and then putting it into full force and effect.
37. Restore full responsibility for unemployment and welfare to the States.
38. Require Social Security to become a non-governmental insurance program so that a retired American would get his payments in larger amounts and as a matter of right rather than need.
38. Return to the states all federal lands, parks, and forests which do not qualify for Government ownership under Article I, Section 8, clause 16 of the Constitution.
39. Allow the Federal government just three years to dispose of its 700 corporations and 11,000 or more businesses which compete with the private sector, do not pay taxes, and operate outside the limits of Constitutional authority
40. Promote and establish a profit-based economy to replace our debt-based economy
41. Privatize Medicare and Medicaid.
42. Extensively reduce federal taxes.
43. Eliminate the Department of Energy.
44. Redefine the Bill of Rights to reflect the original position of the Founders.
45. Remove all funding and support for abortions.
46. Organize the Western Hemisphere into a common market.
47. Be willing and totally dedicated to honor their Oath of Office in defending, honoring, and preserving the Constitution. 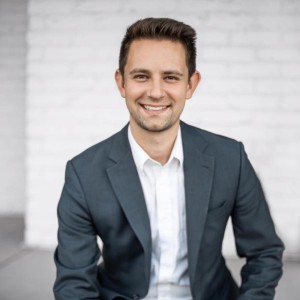