Behind the Scenes in Washington – The 2016 Election – Part 3 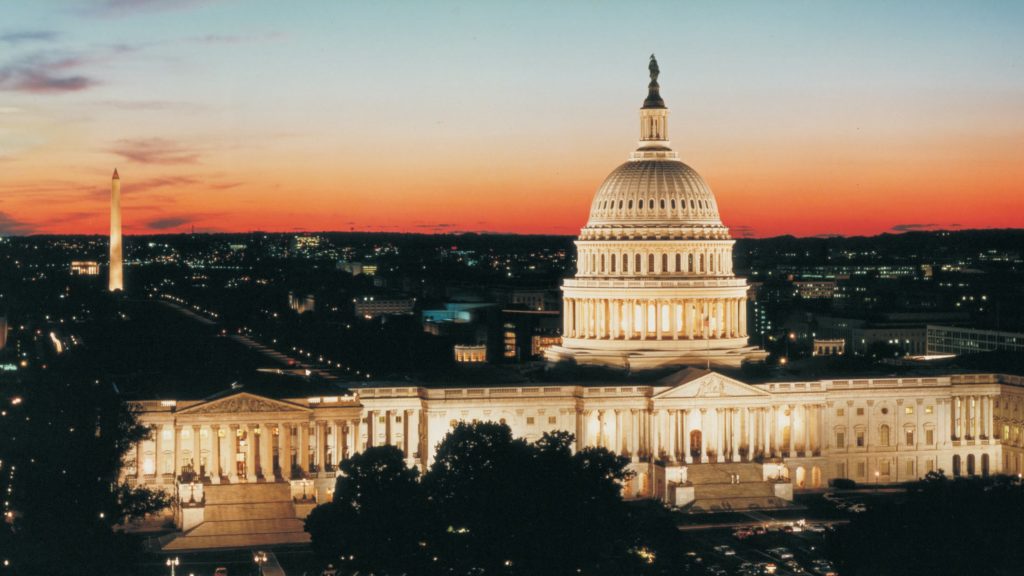 Introduction: This month in our Constitutional Insights report, we are continuing the theme of attacks on the Founding Fathers and their moral integrity. As you will recall, those who wish to destroy our American culture first try to discredit the men and women who founded it. Their works are not only discredited, but their lives are shown as being immoral, ignorant or shallow. Benjamin Franklin is a classic example of these kinds of attacks.

Franklin has been portrayed as a hard-headed businessman, a prankster, a renowned scientist, a British spy, a loyal patriot, a lecherous womanizer, and a man of deep religious convictions. These contradictions can be straightened out in a carefully outlined study of  what this amazing man really was. Surely the man who has become known as “The Father of Morality” could not also be characterized as a “lecherous womanizer.” Was he really the father of 13 illegitimate children? What was he really doing all those years while he lived in the ardent country of France?

We are including in this report some extracts from the book “The Real Benjamin Franklin” by Andrew Allison in this issue of Constitutional Insights, so that readers can have confidence in defending the greatness of our American Founding Fathers—especially Benjamin Franklin.

THE FOUNDING FATHER OF MORALITY AND EDUCATION

Benjamin Franklin knew the end was near. “Having seen during a long life a good deal of this world,” he wrote, “I feel a growing curiosity to be acquainted with some other.” As his thoughts turned more and more to that “other world,” he wrote:

“I am grown so old as to have buried most of the friends of my youth, and…I seem to have intruded myself into the company of posterity, when I ought to have been abed and asleep.”

And what did Franklin think would happen in that other world? Did he think, as some have supposed, that it was the complete end of life forever? Here is what he said about that:

“We are spirits. That bodies should be lent us, while they can afford us pleasure, assist us in acquiring knowledge, or in doing good to our fellow creatures, is a kind and benevolent act of God.” And, he wrote, when our bodies can no longer sustain the spirit, “it is equally kind and benevolent that a way is provided by which we may get rid of them. Death is that way.”

On April 17, at the age of 84, Franklin died peacefully in his sleep.

Over 20,000 mourners – “the largest crowd yet assembled in America” – gathered in Philadelphia to pay their last respects to the old philosopher who had done so much for his country.

Who Was Benjamin Franklin?

Actually, there are many Benjamin Franklins. Or at least he has taken on many different forms in the history books and conversations of the last two centuries.

Some historians have shown us an aged statesman whose wise and steadying influence kept the Constitutional Convention together in 1787, while others have pictured a chuckling prankster who couldn’t resist a funny story. Some remember Franklin for flying a kite in a thunderstorm; others think of him as a successful printer of the colonial era; still others know him only as an expounder of clever maxims – like “A penny saved is a penny earned”, or the author of a now famous autobiography.

More recently, a certain brand of biographers and journalists have conjured up sensational tales of a lecherous old diplomat in his seventies who enjoyed illicit affairs with adoring young French women. And a few years ago, they say, Franklin even reappeared as a British spy! Some of these myths are now being repeated and embellished in school textbooks and “educational” television programs.

There are many other versions of Franklin as well – some slanderous, some complimentary. New portrayals continue to come forward, multiplying and changing with each generation.

Which of all these Benjamin Franklins, if any, is real? No man’s life can be truly understood apart from his ideas, nor can his ideas be fully appreciated apart from the experiences which shaped his life.

As Americans and lovers of the Founding Fathers and their incredible lives, we need to recapture the life of this man, his sense of direction and his conviction that America has a manifest destiny for greatness.

In a nutshell, Benjamin Franklin:

Gall Stones and the Prisoner’s Chair

Because Franklin had such a direct influence on the establishment of the original Constitution in 1787, it would be well to consider and learn of his part in that famous convention.

By the time the convention opened, Franklin was 80 years old – well beyond the normal life span of most men at that time. He attended the convention consistently during that four month period, usually spending at least five hours each day with the other delegates. In fact,  he often came early to conduct state business with the Executive Council.

Franklin’s health was beginning to deteriorate, however, so most of the time he was carried into the convention in a sedan chair by inmates from the local prison. His pain was caused by a large gall stone that gave him excruciating trouble for the rest of his life.

Despite his pain, Franklin continued to attend, as the sage of the convention. All the delegates looked to him for counsel and advice. He was always ready to respond to the larger issues, but let the small matters pass and resolve themselves.

Turning Point of the Nation

One day, when debate was very heated on a particular issue, it seems that the entire convention was at an impasse. On a hot day in June, he finally rose and addressed the chair.

“Mr. President, “The small progress we have made…is, methinks, a melancholy proof of the imperfection of the human understanding….In this situation of this assembly, groping, as it were, in the dark to find political truth, and scarce able to distinguish it when presented to

us, how has it happened, Sir, that we have not hitherto once thought of humbly applying to the Father of Lights to illuminate our understandings? In the beginning of the contest with Britain, when we were sensible of danger, we had daily prayers in this room for the divine protection. Our prayers, Sir, were heard – and they were graciously answered….

“I have lived, Sir, a long time; and the longer I live, the more convincing proofs I see of this truth, that God governs in the affairs of men. And if a sparrow cannot fall to the ground without his notice, is it probable that an empire can rise without his aid? We have been assured, Sir, in the sacred writings that ‘except the Lord build the house, they labor in vain that build it.’ I firmly believe this; and I also believe that, without his concurring aid, we shall succeed in this political building no better than the builders of Babel….

“I therefore beg leave to move that, henceforth, prayers imploring the assistance of heaven and its blessings on our deliberations be held in this assembly every morning before we proceed to business, and that one or more of the clergy of this city be requested to officiate in that service.”

Although the delegates could not afford to hire a clergy to come and offer prayer, Franklin’s sobering proposal did manage to settle the atmosphere considerably, and a new spirit of cooperation began to emerge.

By the end of the summer, this eminent gathering of American statesmen had hammered out a form of government which was unprecedented in the annals of history – one that was destined to produce the most powerful and prosperous nation on earth.

It had been a rigorous 4-month undertaking.

Its completion was actually a miracle. On September 17, 1787, the delegates came forward to sign the document.

“Dr. Franklin, looking towards the president’s chair at the back of which a rising sun happened to be painted, observed to a few members near him that painters had found it difficult to distinguish in their art a rising from a setting sun. ‘I have,’ said he, ‘often and often in the course of the session,…looked at that behind the president without being able to tell whether it was rising or setting. But now at length I have the happiness to know that it is a rising and not a setting sun.’”

Another historian tells us that when Franklin’s turn came to add his signature to the Constitution, he “was helped forward from his place; afterward it was said the old man wept when he signed.”

And again it is recorded that after the delegates filed out of Independence Hall, an anxious woman approached Dr. Franklin.

“Well, Doctor,” she cried, “what have got – a republic or a monarchy?”

“A republic,” said Franklin, “if you can keep it.”

Only three years later, in 1790, the venerable  old statesman would be laid to rest, to the sorrow of thousands upon thousands.

But his humor and disposition remain alive. In fact, when a young man he had actually written his own epitaph which reflected both the wit and the faith of this remarkable man:

The Body of
B. Franklin, Printer;
Like the Cover of an old Book,
Its Contents torn out,
And stript of its Lettering and Gilding,
Lies here, Food for Worms.
But the Work shall not be whlly lost:
For it will, as he believ’d, appear once more,
In a new & more perfect Edition,
Corrected and Amended
By the Author.

1730 – The foundation of all virtue and happiness is thinking rightly. He who sees [that] an action is right, that is, naturally tending to good, and does it because of that tendency, he only is a moral man; and he alone is capable of that constant, durable, and invariable good. (Smyth 2:169)

1742 – Eat and drink such an exact quantity as the constitution of thy body allows of, in reference to the services of the mind….Excess in all other things whatever, as well as in meat and drink, is also to be avoided….Would thou enjoy a long life, a healthy body, and a  vigorous mind, and be acquainted also with the wonderful works of God, labor in the first place to bring thy appetite into subjection to reason.” (Smyth 2:227)

1. Temperance. Eat not to dullness; drink not to elevation.

2. Silence. Speak not but what may benefit others or yourself; avoid trifling conversations.

3. Order. Let all your things have their places; let each part of your business have its time.

4. Resolution. Resolve to perform what you ought; perform without fail what your resolve.

5. Frugality. Make no expense but to do good to others or yourself; i.e., waste nothing.

6. Industry. Lose no time; be always employed in something useful; cut off all unnecessary actions.

7. Sincerity. Use no hurtful deceit; think innocently and justly, and, if you speak, speak accordingly.

8. Justice. Wrong none by doing injuries, or omitting the benefits that are your duty.

9. Moderation. Avoid extremes; forbear resenting injuries so much as you think they deserve.

10. Cleanliness. Tolerate no uncleanliness in body, clothes, or habitation.

11. Tranquility. Be not disturbed at trifles, or at accidents common or unavoidable.

12. chastity. Rarely use venery but for health or offspring, never to dullness, weakness, or the injury of your own or another’s peace or reputation.